These will change your cooking style forever

Hokkaido, the Northernmost of Japan’s three main islands. Hokkaido has various meanings but I like to to break it down as Ho (North), Kai (Ocean), Do (Way). “Northern Ocean Way” seems to make sense to me!

For four months, in the Hokkaido’s Winter 2012/13, I was managing a ski shop, South of Sapporo, the islands capital. Niseko has, reputedly, the best resort powder skiing in the world. I am not one to argue with that assertion!

The Administrator (Humi) of the store and Workshop Manager (Kiku) were responsible for introducing me to Ramen, a fantastic noodle soup dish, which is great when it is -20C outside. They took me to a bar after we finished work at 8pm, that had seating for about six people. Behind the bar was a restaurant and nightclub  which entertained those snow sport travellers that rejoiced in such things.

Behind the bartop of this cosy front area was a huge stockpot. Easily a metre and a half high resting on bricks with a fire lit underneath. This was the broth that the ramen and other dishes was made from. In the pot were vegetables of all sorts and I never saw it out of action.

I did not realize it at the time, but I was witness to the first master stock of my life.

Continuously boiling, added to, the flavour building each time a fresh ingredient was added to the pot. Trust me, the resulting flavour was, well, outstanding!

On returning to Australia, the first thing I noticed was colour! Northern winters are stark black and white, stepping off the plane in Sydney the visual senses tend to be overwhelmed. Try it sometime, see how many shades of green you can see.

The second notable event was getting home and looking to do some cooking in my own kitchen. I had cooked in Japan certainly and the seafood was great and cheap. However, there is no place like home. We had some chicken in the fridge so I scoured the net and Neil Perry had a recipe online that called for a Chinese Master Stock.

The oldest known Chinese master stock is over 100 years old.

Neil is sure that some restaurants in China have master stock dating back 300 years or more. Having some of my own now that are nine years old, I can well believe it. Following one of Neils recipes for a Chinese chicken masterstock I started a stock of my own. It has been refreshed and kept for a long time now.

I could not see why it could not work with an everyday chicken stock. That too survives until this day. Topped up and added to almost daily the flavours are wonderful. There is rarely a day goes by when we do not have a stock on the stove. Most of the vegetable scraps go into it, not to mention chicken bones and offcuts.

We use the stock for all sorts of dishes from Risotto’s, Paella’s, Velouté and soups of course.

I started a beef stock, lamb and game stocks as well. However, I was running out of room in the fridge and freezer! So now I do one combined stock, everything and anything goes into that one, within certain rules.

I have three stocks now that are nine years old:

Keeping your master stock over time

After being used and refreshed the stock should be boiled, skimmed and strained. Boiling should kill all pathogens.

The stock should be brought to a rolling boil for one minute. 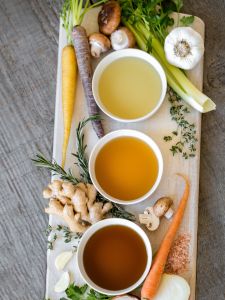 What can go into your stock

What should stay out

Note: It is a really good idea to make sure that everything is rinsed before you use it for cooking anything. 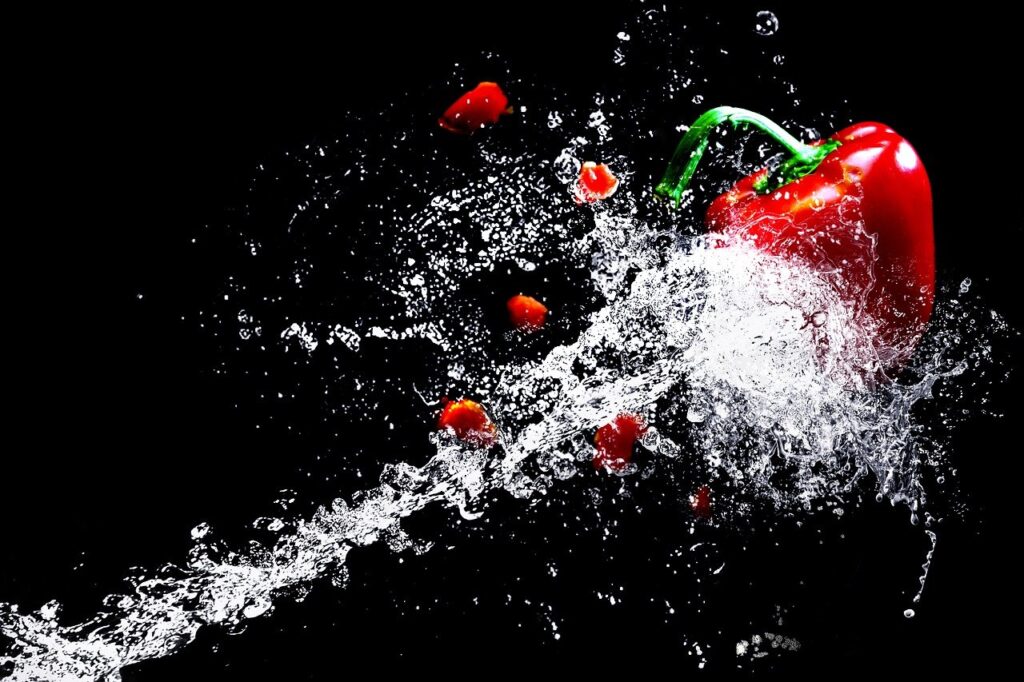 As a general rule of thumb you should try and stay with the same meat type for your stock. Chicken for chicken stock etc. As I mentioned before we have a general allsorts stock where we place beef, pork and lamb but there is no way we would put seafood in that mix!

While these can all go in raw and slowly simmered. Better flavours develop if you can cook the meat and indeed most of the vegetables before throwing them in. If you are cooking something else in the oven and have space, put them on a tray and bake them.

Here is one to get started

Here is one to get started

Some people take great photos and deserve the credit. Follow the links below.